Paso Man Trades Walking Down Aisles As A Manager At OSH, To Climbing Ladders To Clean Windows 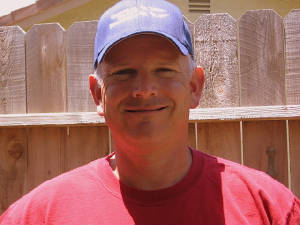 One of the very first impressions I had after talking to and meeting Bruce Stewart was just how super nice and friendly he was.

If I was an employee working directly with him, I’m sure I would have loved him as my boss.

That is exactly who Bruce was – a manager at the OSH store in Paso Robles.

He loved working there with his fellow co-workers and helping customers with there needs that walked into the store. He did it for a lot of years and actually helped that store open up about 18 years ago now.

What he didn’t like was all the corporate structure of things in a big retail outlet like OSH. The meetings. The rules. The schedules. Everything to do with that sort of thing.

So, he decided to venture off and do his own thing back in 2005.

And what did he decide to do?

He traded in walking down the aisles, helping customers find hardware for their home improvement projects, to driving over to customers homes to climb ladders and clean their windows instead.

It was something he used to do to make a little extra money while he attended Fresno State back in 1992. So, he had some experience with it already.

As he told me how he got started, it made me appreciate what he did even more.

You see, he had to kinda “re-learn” how to clean windows. Since he hadn’t done it since 1992 he needed to refresh his skills. He told me he would sit and watch Youtube videos to learn techniques on how to do it.

He’d watch one video and technique after another.

All the information an individual could ever want or need is readily available online these days. All it takes is the individual with the desire to do it to get out there and do it, and that is exactly what Bruce did.

As I asked him what was the most difficult thing in starting he said it was getting his name out there and starting to build a solid customer base.

It was a tough start, but he said he wouldn’t have wanted it any other way. He learned a lot in the experience of building his business up. 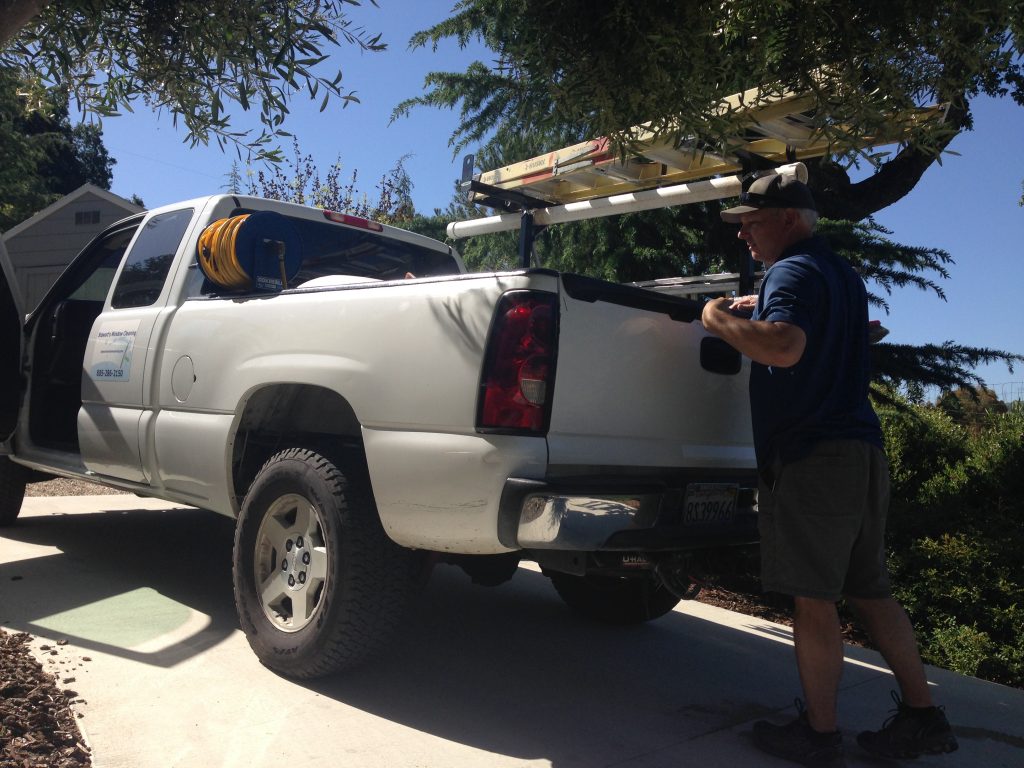 However, there was one thing he said that he would have changed at the beginning of starting his window cleaning service up.

And that is having somebody else take and answer his phone.

He explained to me how he lost a lot of business in the beginning just because he couldn’t answer his phone that was ringing in his pocket while he was standing on a ladder cleaning windows.

“When people are looking for a window cleaner, they call the phone number they see and expect someone to answer.  If nobody answers, they don’t leave a message. They simply move on to the next business on the list that cleans windows and keep on calling.”

He quickly learned from that experience and he had his wife answer all the calls that came their way from their office.

“She’s a whole lot better on the phone than me anyways. She sounds WAY more professional!” He says.

He and his wife have really built a solid window cleaning business out in Paso Robles and have ventured off into cleaning other things too. They currently employ two other people and always do their best to keep them busy. 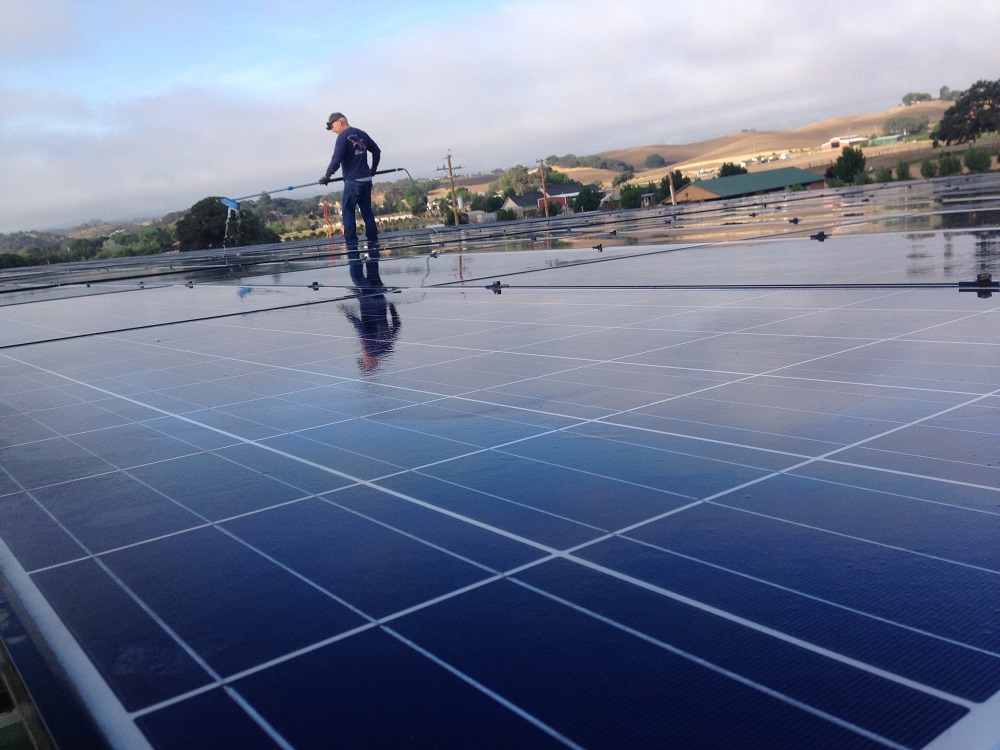 Their business has also expanded into other areas.

They can clean rain gutters, clean awnings, and even clean out dryer vents. They also wash and clean window screens and can also repair any damage or tears to them.

They also clean solar panels. Kind of a new thing out here.

He explained to me that people that have solar panels aren’t told by their installers that the need to be cleaned at least once a year.

He does clean a few now, for example, he cleans the solar panel for San Miguel Garbage, but he hope to do more in the future.

His business is split up 50/50 between commercial and residential. 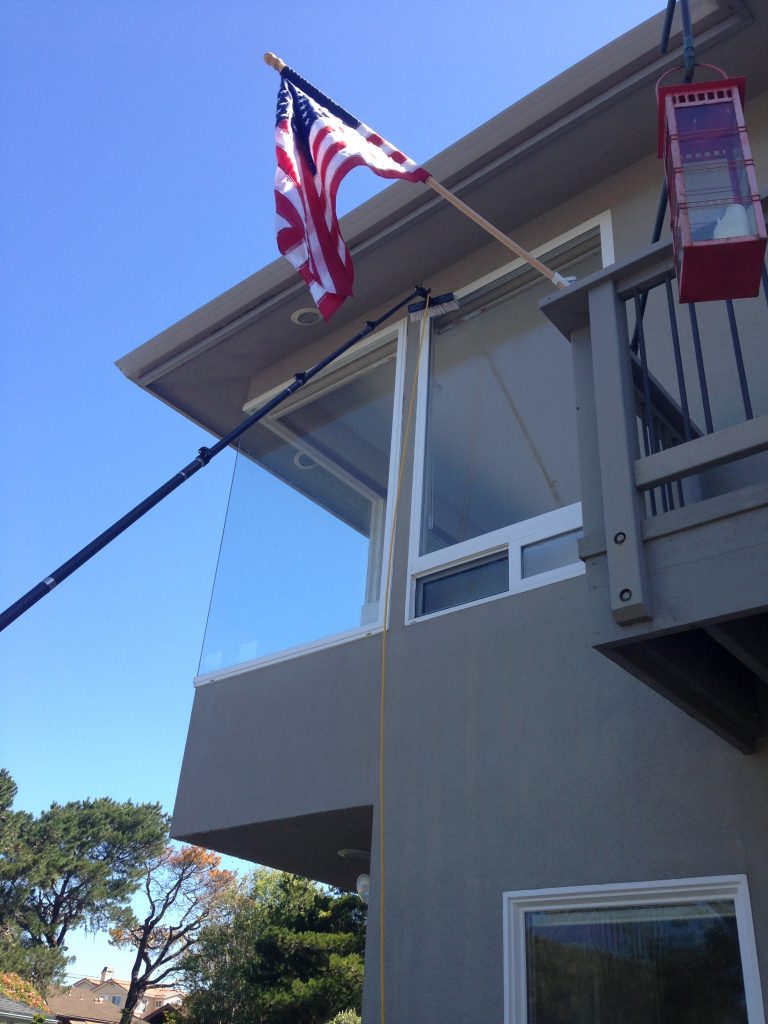 He uses the best cleaners and some of the latest techniques in washing windows.

For example, he brings and uses his own water. He uses a system that purifies the water he uses to clean the windows.

With this system, water is fed through his pole and scrubber. At the end of that scrubber are jets that shoot out the purified water.  The pole can be extended and be used to clean windows that are extremely high and hard to reach.

The system shoots water onto the glass as he scrubs away dirt and grime.

Since the water is purified and free of minerals, after a window scrubbed, washed, and cleaned, it can be left to dry on its own. It leaves no water spots or streaks behind.

What Bruce has started up here on the Central Coast is a great and much-needed service.

He services the entire area and goes out to San Luis Obispo, Cambria, Morro Bay, Atascadero and every other town out here.

With his incredibly friendly personality and great service that he provides, there is no way he would not have started and build a successful business. 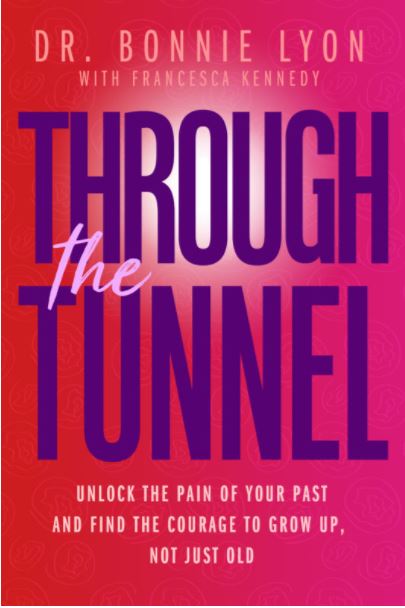 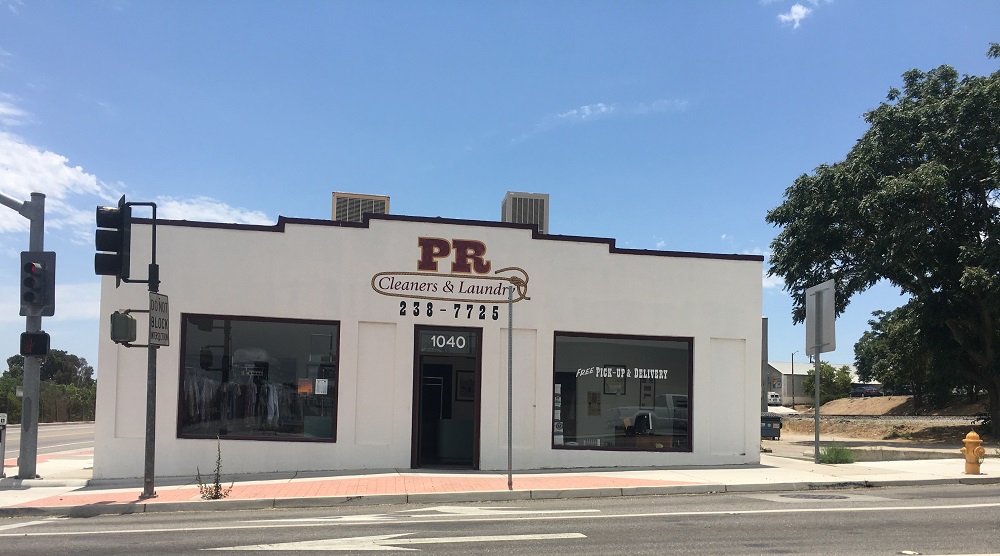 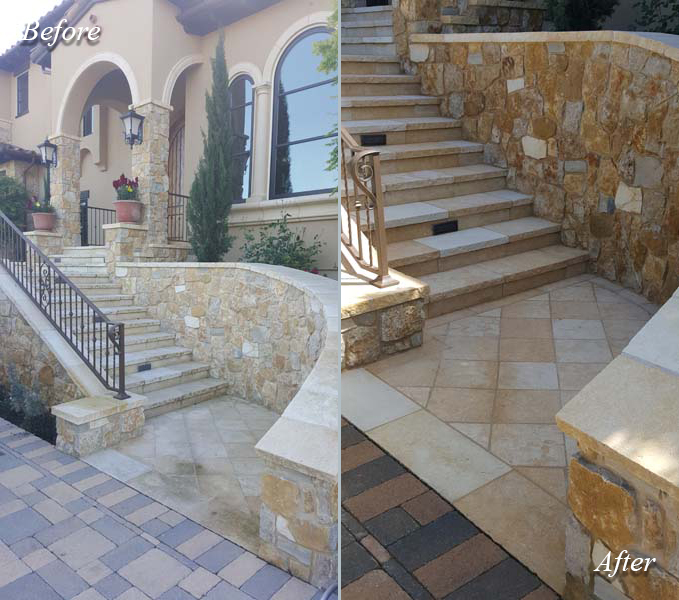 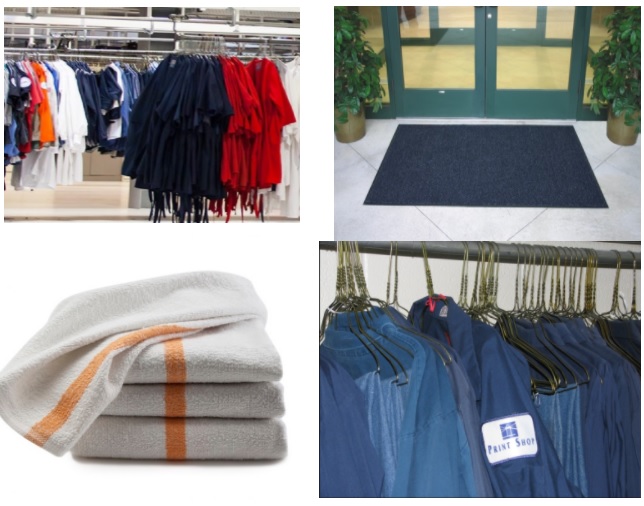